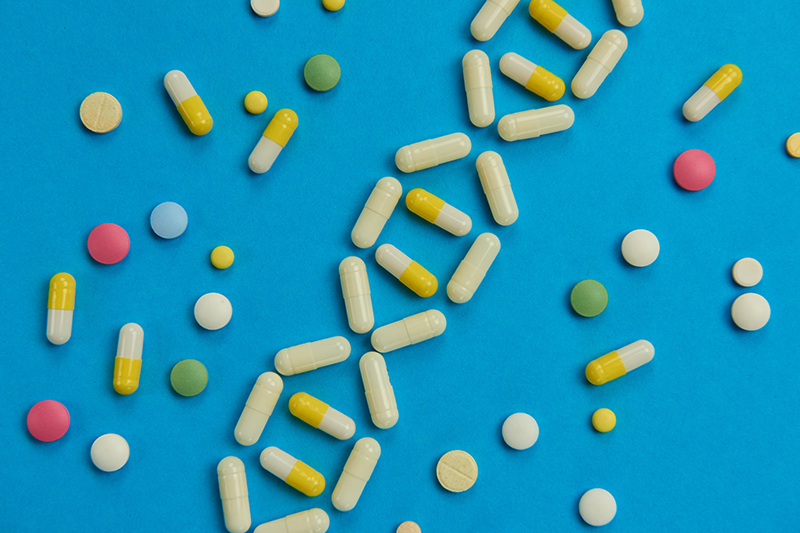 Children’s of Alabama and the University of Alabama at Birmingham (UAB) are on a mission to determine how patients use Cystic Fibrosis Transmembrane Conductance Regulator modulators at the cellular level.

The discovery of the genetic mutation responsible for cystic fibrosis (CF) and the subsequent development of drugs that target this mutation, called Cystic Fibrosis Transmembrane Conductance Regulator (CFTR) modulators, together with improved supportive treatments, has revolutionized the management of the disease. Today, the median life expectancy of someone with CF has increased from age 10 in 1962 to 47, with many patients living into their 50s or 60s. With the newer drugs, many expect those with CF will be able to live a normal lifespan.

However, studies of the four currently available CFTR modulator therapies, three of which are combination drugs, find that between 20 and 25 percent of patients who should respond based on their disease’s genetic fingerprint don’t.1,2 Given that the drugs can cost up to $300,000 a year, it is important to find biomarkers to identify which drug will be most effective for which patient.3 Currently, the only option is a rectal biopsy followed by complicated testing or nasal brushing, neither of which are approved by the U.S. Food and Drug Administration, accepted by insurance or widely used.

Children’s of Alabama pulmonologist Jennifer S. Guimbellot, M.D., Ph.D., together with Steven M. Rowe M.D., who directs the Gregory Fleming James Cystic Fibrosis Research Center at the University of Alabama at Birmingham (UAB), and  Edward P. Acosta, Pharm.D.,  who directs UAB’s Division of Clinical Pharmacology, are on a mission to change that.  Their research focuses on how patients use CFTR modulators at the cellular level.

Until fairly recently, Guimbellot said, “We didn’t have the tools to measure levels in the tissue.” Now they can use a simple, minimally invasive test Guimbellot helped develop. The assay measures concentrations of CFTR modulators in plasma and nasal epithelial cells, which, like epithelial cells in the lungs, are the drug’s site of action. Obtaining the cells is simple and inexpensive, requiring only a nasal brush, and can be done repeatedly to monitor drug levels.

After obtaining cells from patients, Guimbellot said, her team found that while plasma concentrations seem to correlate with the drug response, concentrations in tissue differ from those in plasma.

The question is why.

The answer may be related to pharmacogenomics, or the genetic variation in the way individuals metabolize drugs. Thanks to the epithelial tissue assays, she said, “our lab found that there may be substantial differences in the levels of modulators and also of metabolism proteins in people with CF.” Thus, once the drug is delivered to the cell, the effect may differ between patients. For instance, one person may be a fast metabolizer and clear the drug quickly; while the other may be a slow metabolizer and the drug accumulates in the tissue.

The protein known to metabolize CFTR modulators, CYP3A4, is primarily active in the liver. But in about 20 percent of people, it may also be produced in other tissues. While Guimbellot’s team has not found CYP3A4 in the epithelial cells from CF patients they’ve examined, they have found substantial levels of mRNA from the almost identical CYP3A7 protein and its cousin, CYP3A5. “So we hypothesize the CFTR modulator drugs are substantially metabolized by those proteins since it’s so similar to CYP3A4, and that this could affect how well patients respond to the drug.” They also found wide variation in the expression levels of both, which could contribute to the amount of available modulator at the target site.

“By understanding how genetic variation may influence the expression of these proteins and how that might affect the amount of drug available to do its job in the target tissue we can then relate the findings back to whether or not a patient can be expected to respond well to it or not,” she said.

Which is the next step in their research.

The team’s work is currently funded by the Cystic Fibrosis Foundation.

[3] Starner CI. How much is too much? Prime Therapeutics. May 31, 2019. Available at: https://www.primetherapeutics.com/en/news/prime-insights/2019-insights/Story_Cystic_Fibrosis_Treatments.html.