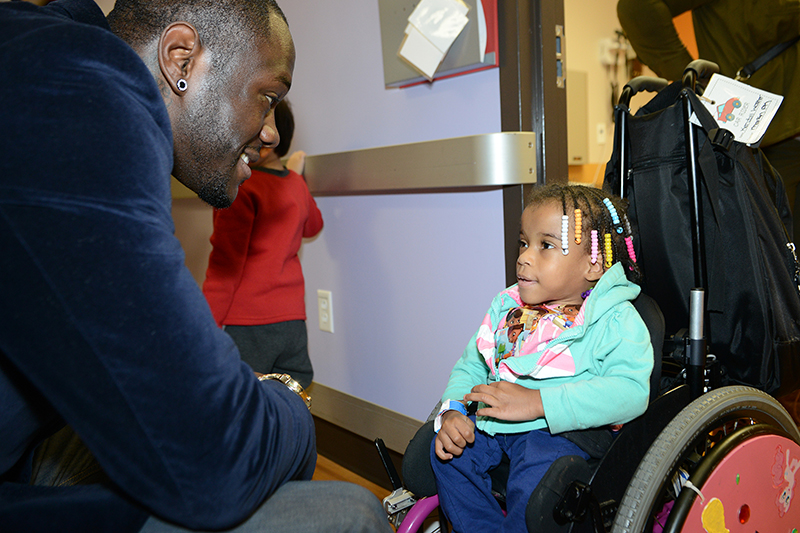 Before the 1970s, about one in four infants born with spina bifida died. Today, thanks to advances in neurosurgery, genitourinary surgery, gastroenterology and physical medicine and rehabilitation, between 75 and 80 percent now survive into adulthood.[1]

But surviving doesn’t mean thriving. That’s what clinicians from Children’s of Alabama’s multidisciplinary Comprehensive Spina Bifida Program, which treats about 500 patients a year, learned when they joined specialists at the University of Alabama at Birmingham (UAB) to develop an adult spina bifida clinic. While there is a greater awareness in the pediatric community about the overall need for transitional programs, said Jeffrey P. Blount, M.D., FAANS, chief of pediatric neurosurgery at Children’s of Alabama, more is needed than simply transferring a patient’s medical records.

“Our patients were arriving unprepared not just for adult health care, but for adult life in general,” said Spina Bifida Program Coordinator Betsy Hopson, MSHA, who assists patients in the transition from pediatric to adult care.  “We’d watch them grow up and hear about their dreams but every year it seemed like the light inside them was becoming dimmer and their opportunities fading away.” By the time they arrived at the adult clinic, she said, many patients were depressed and their childhood dreams seemed to have disappeared.

“We thought, ‘We’ve got to do better with this next generation,’” Hopson said.

They, along with Children’s of Alabama neurosurgeon Brandon Rocque M.D., MS, FAANS, started with data, surveying 188 patients in the adult clinic about their perceptions of their own disability. More than half (56.4 percent) identified as permanently disabled, with the most important predictors of disability being poor bowel continence and low education.[2]

They also found that 70 percent of those surveyed were not working and, again, poor bowel continence and low education were determining factors, as well as diagnosis (open versus closed spinal dysraphism). Rocque emphasized that patients with daily bowel accidents were six times more likely to be unemployed, while those with weekly accidents were three times more likely to be unemployed.

Thus was born the Individualized Transitional Plan (ITP), which starts at age 13. The objective is to ready the child for adulthood by developing and achieving five goals, including bowel management and educational achievement. Goals also include transitional readiness (ie, do they know their medical history, can they make their own appointments and see the doctor without a parent present); meeting a parent-initiated goal (ie, showering without being told or learning how to cook); and a personal goal, such as learning to eat healthier. Hopson individualizes care to transform each goal into a measurable task and the results become a contract and framework for the next few years.

They also receive a transition binder that includes a career interest survey. “They complete it before they see me and then I help guide them,” Hopson said. She also ensures their career  goals are realistic. For instance, one patient said he wanted to be the Marines, which she knew wasn’t possible. Instead, she suggested a meeting with a recruiter to discuss civilian jobs in the military.

About 45 percent of patients fall into the age group for the ITP, which is part of the clinic’s Lifetime Care Model (LCM). The LCM begins prenatally and continues throughout the adult years.[3] Hopson developed the ITP, which has generated great interest from other clinics in North America who are struggling with the challenges of implementing a meaningful transition program.

Since starting the program, Blount said, clinicians from throughout the country have contacted the team at Children’s to learn how to start their own program. “There’s such a need for a supportive multidisciplinary clinic to support these patients,” he said.

“This model could be replicated for other children with chronic conditions,” Hopson said. “If we’re doing our jobs well, our children are going to be adults. So we have some obligation to get them there in a way that provides a good quality of life.”

Children with spina bifida are born with neurogenic bladder and bowel issues. While urination can be managed through catheterization, with children as young as 3 years old learning to catheterize themselves, “bowel management is much trickier,” Hopson said. Gastrointestinal motility slows and constipation becomes a chronic issue. Unfortunately, she said, many families prefer constipation to regular movements because it’s easier to handle. But “once you set up that pattern it’s hard to break,” she said.  And bowel management, she said, “becomes the most important issue in whether they are able to get a job.”

Today, the children in the spina bifida clinic benefit from working with pediatric gastroenterologist Mitchell B. Cohen, M.D., and members of the Division of Physical Medicine and Rehabilitation. Cohen chairs the UAB Department of Pediatrics and is physician-in-chief at Children’s of Alabama. He became interested in the program after hearing Hopson speak. He developed a protocol beginning at age 4 to help families understand the importance of a bowel management program and try to end their reliance on constipation.