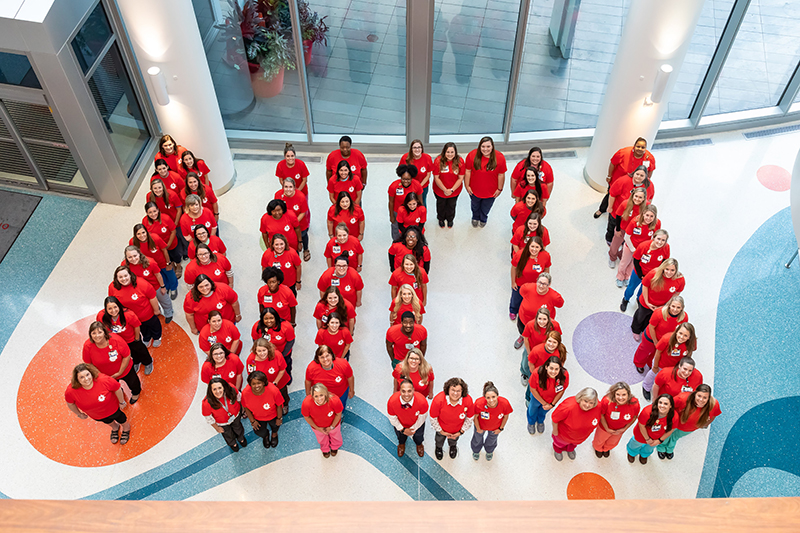 In October 2018, the Children’s of Alabama Neonatal Intensive Care Unit embarked on a quality improvement project, Debriefing Following Resuscitation/Code Events in the NICU, to identify opportunities to improve the resuscitation process, including staff satisfaction. It is one of several quality initiatives led by the Children’s Hospitals Neonatal Consortium.

The Neonatal Intensive Care Unit (NICU) can be an intimidating and stressful place to work.  One of the most stressful events in the NICU is a neonatal code or resuscitation, which may require intubation, chest compressions and special medications, all delivered under the pressure of knowing that seconds count. This requires that the team of doctors, nurses, respiratory therapists, pharmacists and other practitioners work together like a well-oiled machine.

Resuscitation codes are, by definition, rare events, said Children’s of Alabama neonatologist Hannah Hightower, M.D. Weeks may go by without any and then they might have several in one month. But they are definitely disruptive and stressful.

In October 2018, the Children’s of Alabama NICU embarked on a quality improvement project, Debriefing Following Resuscitation/Code Events in the NICU, to identify opportunities to improve the resuscitation process, including staff satisfaction. It is one of several quality initiatives led by the Children’s Hospitals Neonatal Consortium (CHNC), a group of more than 30 children’s hospitals around the country dedicated to using performance improvement methods to improve the delivery and quality of care in Level IV NICUs, which care for high acuity and medically complicated neonates.

The premise is simple. As soon as possible after the code, everyone gathers for a few minutes to discuss what went well, any equipment or medication problems, communication quality, and, of course, highlighting what could go better next time. They also complete a short form documenting the discussion. In just three months, the team at Children’s exceeded its goal of holding post-resuscitation debriefings after 80 percent of codes.

Such approaches can lead to improved resuscitation quality and reduced mortality, research finds. [1]

“The goal is to help everyone involved in the process improve skills, cope with the stress, and ultimately and most importantly, improve the process and patient outcomes by identifying potential latent safety threats,” Hightower said. “We want everyone on the team to feel free to express any concerns as well as provide support. Even the caregivers need a chance to decompress.”  “Not only does it provide a venue for raising issues related to caring for the patient, she said, “but it also lets us show appreciation for the things that went well.”

“It wasn’t a surprise to hear that one of the biggest issues is communication in a stressful period,” Hightower said. “We can always improve communication, whether that means discussing who is leading the code or controlling the volume so everyone can hear and understand what’s going on.” Discussing communication issues shortly after the code is important, she said, “because it’s at the front of your mind. By doing this immediately, you remember things you may not later and can articulate issues that might not be apparent in a week or two.”

Since implementing the initiative, the team has begun a proposal to further improve communication by emphasizing who is leading the code. Future projects include providing each member a way to give real time feedback not just to the code event, but also to the quality and effectiveness of the debrief. “We want to quickly identify systemic matters that can be improved for the next event. This is to develop a culture of freely expressing ideas and working through issues together as a team,” Hightower said.

The team is still collecting data on the primary outcome of latent safety events, a key component of any quality improvement initiative. Secondary outcomes include quality of the debriefs and composition of the responding code team.

“I credit our success to our strong nursing leadership and the willingness of the staff to be actively involved in quality improvement and do the extra work required to accomplish that goal,” Hightower said. “They have to step away from the patient and cover for each other during the debrief and even though it may take just a few minutes, to ask a nurse to step away from the patient is a big task.”

Although the team is still collecting data on the impact on staff satisfaction, she said, “anecdotally we have heard from nurses and other staff who feel they had a chance to say what they needed during the code or might need in the future. That’s gotten positive feedback.”

“It’s important to highlight the goal of this project is improved patient care, patient outcomes and staff satisfaction,” Hightower said. It’s also important that Children’s of Alabama is a part of a national collaborative with other major children’s hospitals, she said, and has been one of the most successful programs in the CHNC in terms of demonstrated outcomes. Other performance improvement initiatives with the CHNC include improving pain management and reducing nephrotoxic injury. 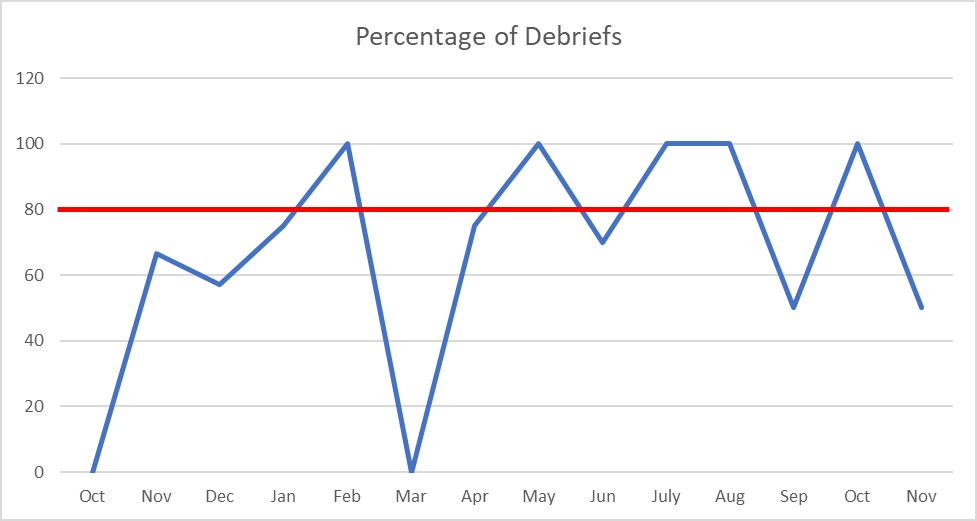 In just three months after embarking on its quality improvement project, the NICU team at Children’s of Alabama exceeded its goal of holding post-resuscitation debriefings after 80 percent of codes.

NICU Care Coordinators: Getting Babies Ready for Discharge from the Day of Admission