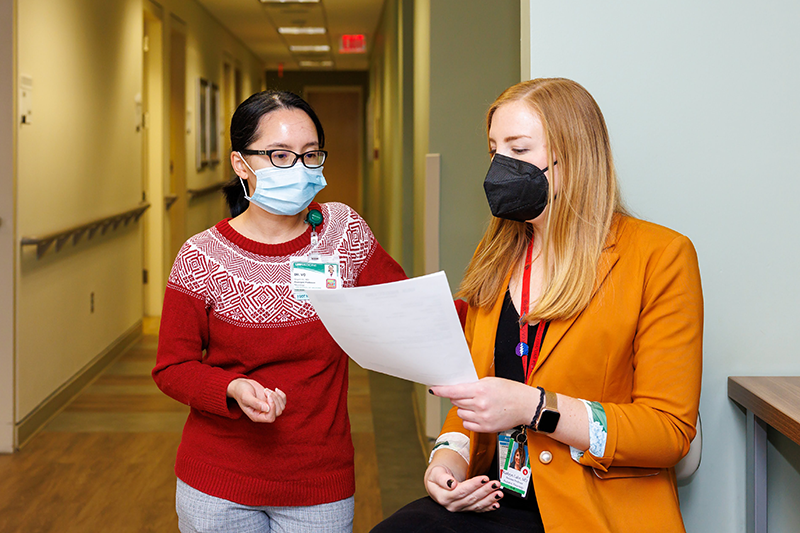 Adolescents are not known for self-discipline. Yet that’s exactly what teens with epilepsy need in order to avoid seizure triggers, like lack of sleep and alcohol consumption. They also must be vigilant about taking their medication. However, as young people become young adults and start to manage their care independently, “these are the hardest things to do,” said Children’s of Alabama pediatric neurologist Kathryn Lalor, M.D.

Which is why young adulthood carries a high risk of recurrent seizures, particularly as epilepsy patients transition from pediatric to adult neurology. “Many of these patients have had epilepsy for a long time, and they’ve been diagnosed and cared for by the same neurologist for a long time. It can be very scary and disconcerting to change that, especially as you’re coping with so many other things,” Dr. Lalor said.

Then there are the difficulties on the medical side, such as electronic medical record systems that don’t talk to each other, making transitioning between providers difficult. “We were hearing from our adult colleagues that they just didn’t have the information they needed,” Dr. Lalor said. “It was like starting over with the medical history.”

Which is why Dr. Lalor and her team started one of the first epilepsy transition clinics in the country. “We really wanted to improve the process from a logistical and informational perspective but also help guide these patients through the process.” That’s particularly important given the impact of epilepsy on daily life. “It affects school, being able to drive, your job,” she said. “And we really wanted to be a place where we could help young adults gain their footing in their life.”

Now when the pediatric neurologist refers the patient to the adult provider, they gather all the pertinent data and meet together with the patient.

The young person also completes a transition-readiness assessment questionnaire, a validated tool specifically for epilepsy, to determine how ready they are to independently manage their disease. “And if there are any places where they’re still behind, still not doing things quite on their own, we set ‘homework’ goals for them for the next visit,” said Dr. Lalor. Clinic staff follow patients until they are fully managing their own care or until the staff feels they’re stable and ready to transition, at which point most patients continue with epilepsy specialist Quynh Vo, M.D., of the University of Alabama at Birmingham.

The clinic is so busy that in December 2021, staff added a second day a month. The next step, Dr. Lalor said, is to implement national guidelines that recommend beginning transition at age 12 and add case management and social workers to the team.

Improving Quality and Outcomes in Cardiology